“I ran for a seat in the Texas House because I was tired of do-nothing politicians in Austin who were failing to protect our freedoms, our property, our values, and our tax dollars. Since then, we have fought to move the conservative agenda forward, and we have delivered one victory after another for the families of rural Texas. “ 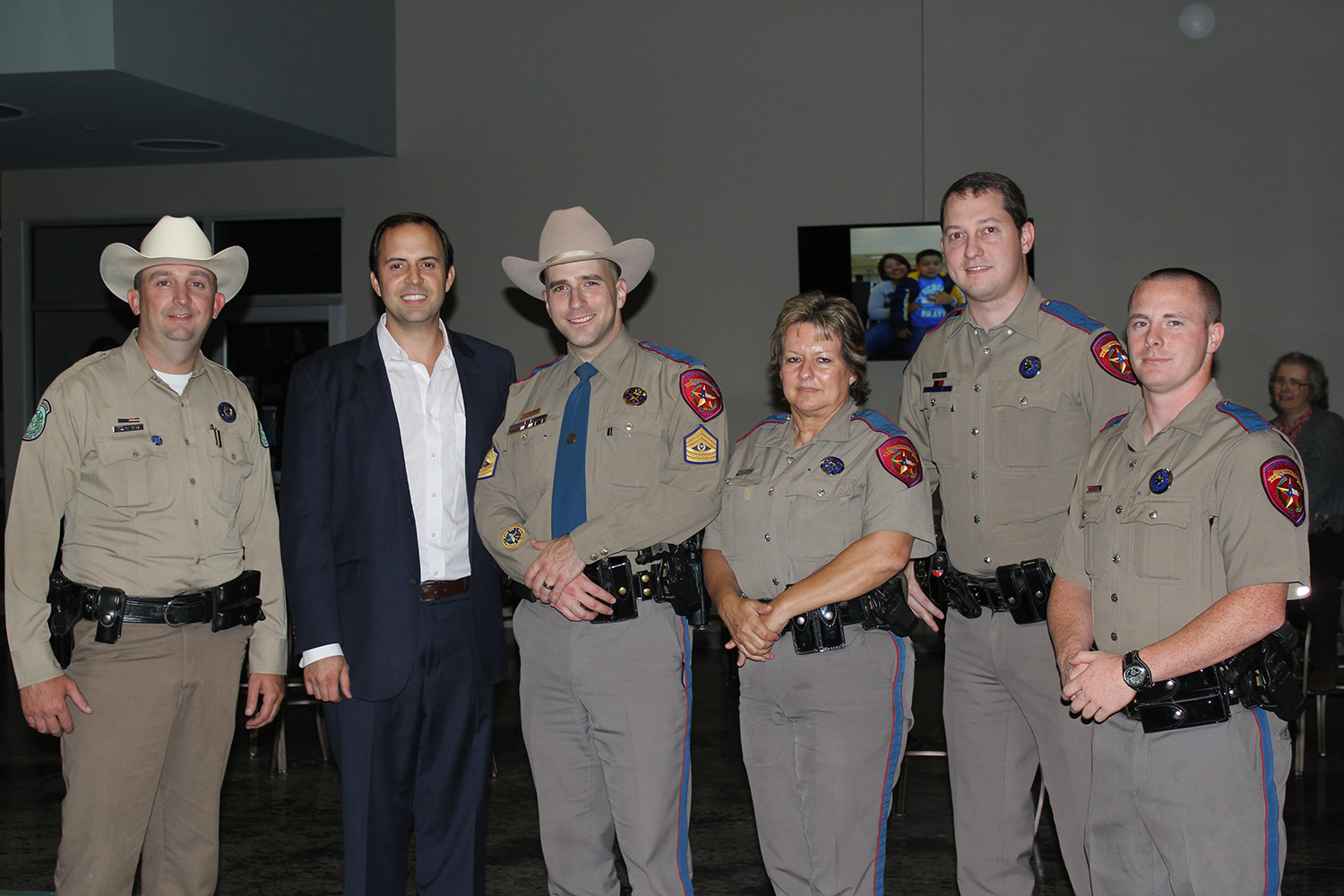 Ban sanctuary cities to cut down on illegal immigration

Our borders and our immigration system are broken. The federal government has failed time and time again to secure our borders, which is our greatest national security risk today. We must know who is coming into our country in order to keep Americans safe, particularly at a time when terrorist organizations are growing more sophisticated and brazen.

in the Texas Legislature, Rep. Gooden fully funded the most comprehensive state border security plan in America. $800 million was appropriated to expand operations along the Texas-Mexico border. This includes 250 new state troopers and an expanded 50-hour workweek for all DPS troopers statewide. Furthermore, the legislature passed a bill that cracks down on sanctuary cities by creating penalties for local entities that adopt or enforce policies prohibiting the enforcement of immigration laws.

Unfortunately, other states have not followed suit, so we must ﬁnally address this in Congress. Securing our borders, enforcing immigration law, and streamlining legal immigration is one of the great challenges of our time. We must stop kicking the can down the road, and finally address this crisis once and for all. 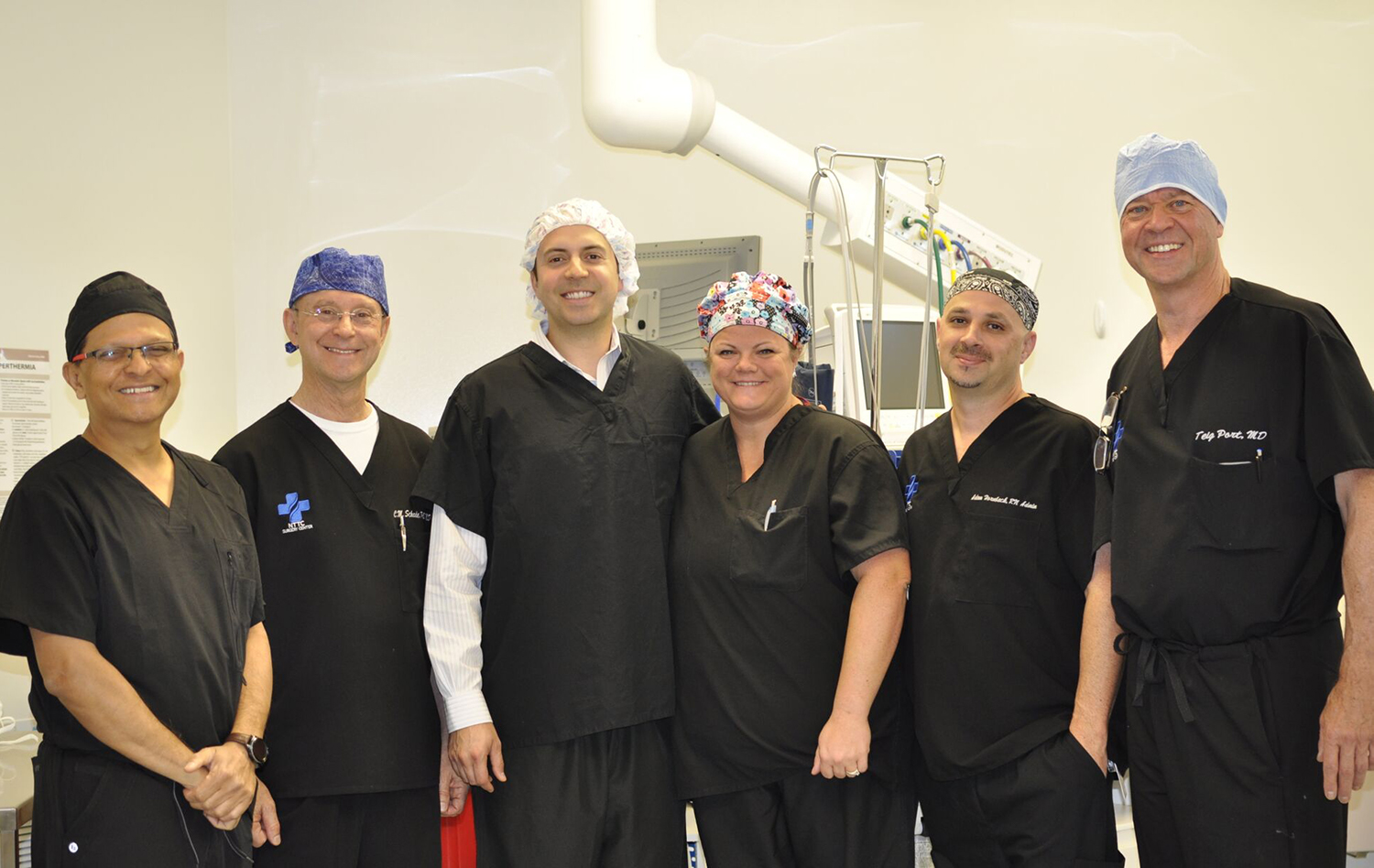 Obamacare has been a miserable failure. It has not reduced costs. It has not increased access to quality, affordable health insurance, and for many the result has been skyrocketing premiums.

In the Texas Legislature, Rep. Gooden crusaded against Obamacare, the expansion of Medicaid in Texas, and the use of tax dollars to pay for abortions. In Washington he will do the same by focusing on health care reforms that put the patient ahead of the bureaucrats and insurance companies.

Basic, common sense reforms such as allowing individuals to purchase health insurance across state lines would dramatically reduce insurance costs. In fact, state-based reforms, rather than a federal approach, would drive down costs and increase the quality of care available to patients. 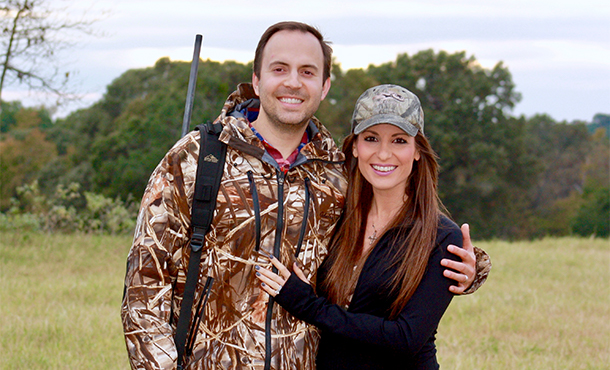 Rep. Gooden is a consistent and unwavering supporter of the 2nd Amendment and the right to keep and bear arms. He has been endorsed multiple times by the National Rifle Association and the Texas State Rifle Association for his work to strengthen the rights of Texans.
By helping to pass SB 864 and HB 48, he reduced the number of hours required for classroom instruction in order to obtain a Concealed Handgun License, in addition to repealing the continuing education requirements for renewal of the license. Additional legislation in 2017 slashed the fee to apply for a handgun license by 70%. Rep. Gooden also helped pass SB 987 which gives authorization to the Attorney General to act against cities or counties that adopt prohibitive regulations regarding firearms, supplies and ammunition in violation of an individual’s second amendment rights. 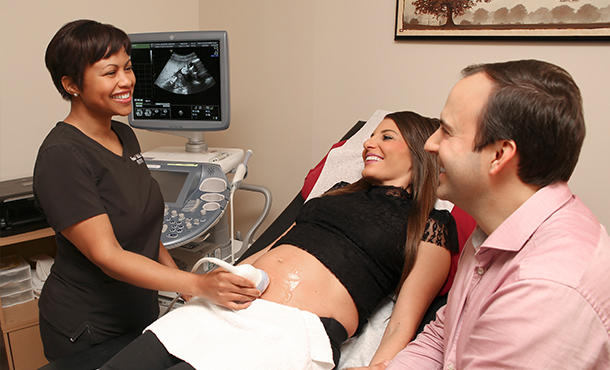 Rep. Lance Gooden was adopted at birth and understands, more than most, the importance of the sanctity of life. In the Texas Legislature his 100% pro-life voting record is one of the major reasons why Texas is on the front lines in the battle to protect innocent life in America.

In 2013, HB 2(83S2) banned abortions after twenty weeks, and required that any legal abortion center must be equivalent to those for an ambulatory surgical center. In 2017, the ban on public funding to Planned Parenthood to perform abortions was strengthened, and $18.3 million was added to Texas’ Alternatives to Abortion program, a network of adoption agencies, crisis pregnancy centers, maternity homes and others around the state who serve pregnant women in need. Texas also became the 25th state to remove mandatory coverage for elective abortions from health insurance plans. 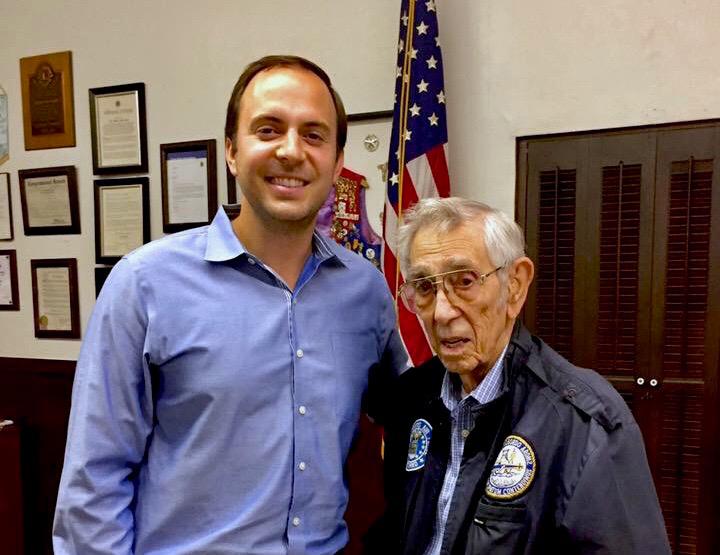 It is unconscionable that we are spending taxpayer dollars to secretly settle sexual harassment claims against members of Congress, yet we cannot find the funds to adequately care for our military veterans. One of Rep. Gooden’s highest priorities will be ensuring that those who sacrificed so much for our freedoms get the care they deserve from the Department of Veterans Affairs, an entity that has been plagued by bureaucracy and mismanagement for decades. We need to overhaul the V.A. and bring transparency, accountability, and improved service to benefit our veterans and every American taxpayer who finances the department. 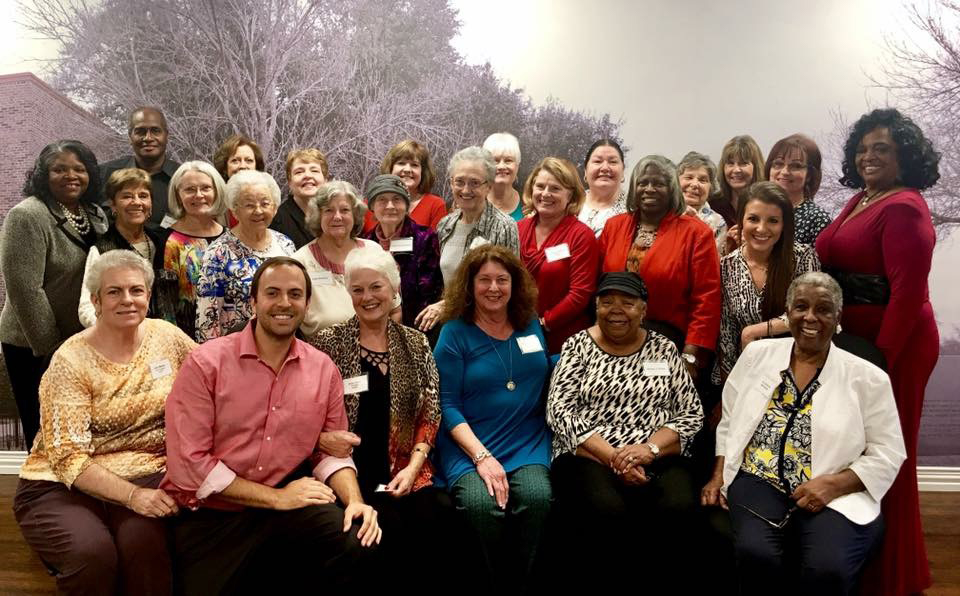 The best thing the federal government can do to make public education a top priority is get out of the way and stop trying to use one-size-fits-all policies to educate our children.
In the Texas Legislature, Rep. Gooden increased the level of funding for public and higher education while eliminating 2/3 of the standardized tests required under state law in order to give local control of schools back to parents and teachers. He also helped pass legislation that prohibited Obama’s liberal national school curriculum, the Common Core Standards Initiative, from being forced on Texas school children.

In addition, Rep. Gooden has been fighting for our dedicated teachers. In 2017, he allocated $350 million in the state budget to increasing the contribution rate and shortfall in TRS-Care, the health care program for retired teachers. $212 million additional dollars were added to further buy down premiums in this past summer’s special session of the legislature. Had that funding not been added, retired teachers would have seen their premiums and deductibles go up substantially.

Rep. Gooden has consistently been endorsed by teacher and retired teacher groups across the state of Texas. As the son of lifelong educators, his love and appreciation for public schools and the teachers that make them great is unmatched. 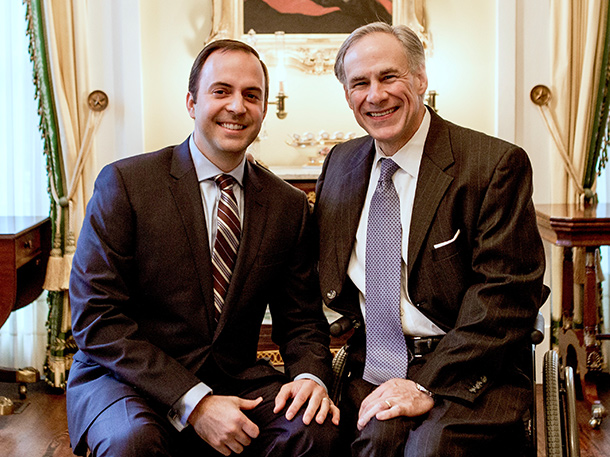 Throughout his tenure in the Texas Legislature, Rep. Gooden has been committed to low taxes and responsible budgets. In 2011, during his first session in the Texas House, Rep. Lance Gooden worked with Governor Perry and addressed the state’s $27-billion shortfall by passing one of the most fiscally conservative budgets in Texas history that slashed wasteful spending, excluded new taxes and protected the Rainy Day Fund.

In 2017, Lance Gooden and Governor Abbott worked together to ensure our state continued to budget responsibly, and despite a substantial revenue shortfall, produced another balanced budget that keeps state spending increases under population growth plus inflation, while staying well below all constitutional spending limits.

In Congress, Rep. Gooden will work to reduce the size of the IRS, create a more streamlined and simplified tax code, and free small business owners across the nation from excessive government interference. 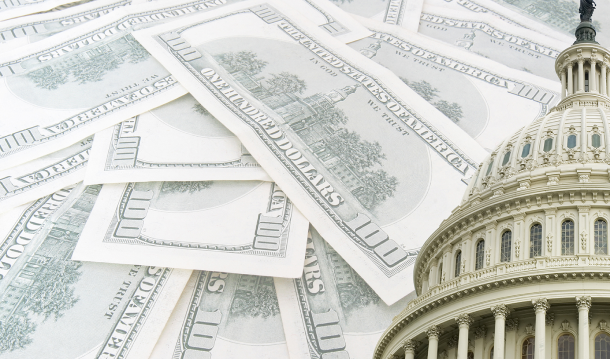 The national debt in our country is out of control. At present, our federal government spends approximately $7 million a minute, and we face a debt of nearly $19 trillion. This is one of the defining issues of our time.

Many in Washington seem to believe that the mountain of debt is so high at this point that there is nothing wrong with continuing to borrow more. That is not true. It is unsustainable, and we must take action to cut spending, require a balanced budget in Congress, and work to ensure that the next generation does not have to pay the price for this generation’s financial irresponsibility. 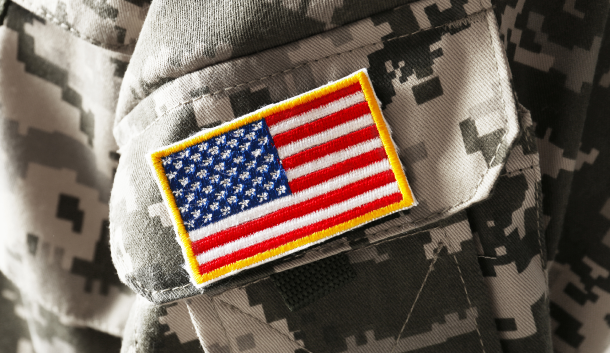 The policies of the Obama Administration have been disastrous for our national security. Our military has been decimated from the inside out, and we now have challenges ranging from ISIS and radical Islamic terrorism, to nuclear threats from Iran and North Korea, to emerging powers such as Russia and China who are threatening our allies and the stability of democratic institutions around the world.

We live in increasingly dangerous times, and the job of protecting the American people is one of the most important roles of Congress. Therefore, it’s vital we elect a new Congressman who can work effectively with President Trump and win the war against ISIS, put an end to the dangerous deals that allow our enemies to get closer to acquiring nuclear weapons, and push back against those who would like to see America’s leadership role in the world diminished.